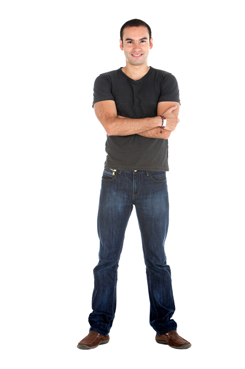 Shirty Harry's was founded in 2000 by local designer Harry Atwood. Harry is the winner of several graphic design awards and has been featured in numerous magazines, including Art in Apparel, Cotton as Canvas, and Sleeves. After several years working with merchandise giants across the country, Harry decided to establish his own stores ten years ago. He set out to create a store that was "less T-shirt shop; more art gallery." That unique atmosphere has carried over to the four additional stores that Harry opened across the region. We are proud to feature "wearable art" created by local and international up-and-coming designers...you won't see anything like our collections in department stores!

Today, you'll still find Harry at one of our locations, serving customers cocktails; hosting our incredibly popular "Photos & Polos" contest; or sponsoring any one of our many noted charity events.

We've been serving the region since 2000. Have a look around our online store, and don't forget to check out our blog to find out what we're up to!

Sign up to receive our free e-newsletter! We'll send you the latest info about upcoming store events, and you'll get exclusive preferred member discounts!

©2020 Shirty Harry’s All rights reserved. All prints, works, brands and trademarks are under the copyrights of their owners.